Skip to content
Build Your Court
Get a Quote

AllSport America has built many backyard courts in the city of Berkeley over the years.  Projects include both commercial and residential backyard basketball courts, game courts, tennis courts, bocce courts, pickleball courts, and putting greens.

If you would like to visit a public Sport Court in order to play on our high-performance athletic surfaces, visit your local Marriott Residence Inn in the Berkeley area.  There is a Sport Court at almost every Residence Inn across the country, as it is part of their brand standards.  Check below for the Residence Inn locations closest to you. 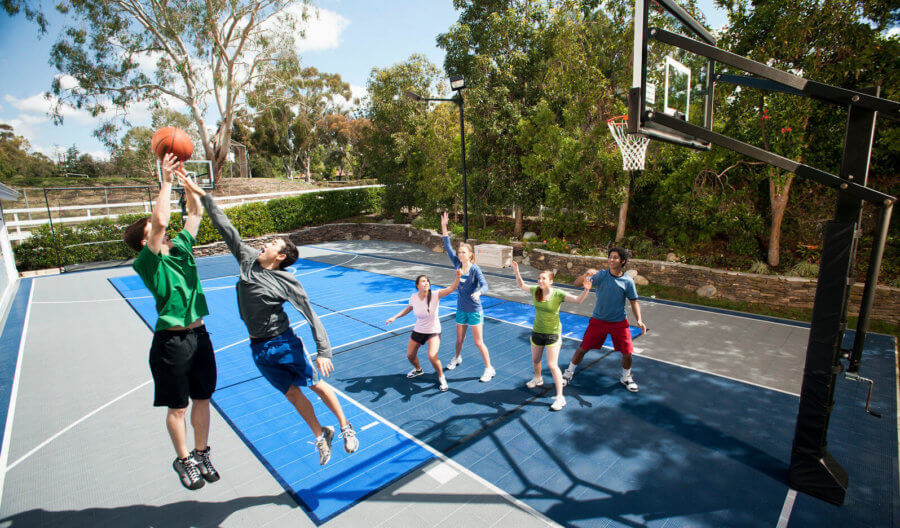 “When an agent secures a listing on a home with a Sport Court® in it, I know they will have a much easier time finding a buyer for that house than a similar home with a swimming pool.”

“I wanted to let you know how much we love our Sport Court®. At least one of our three kids uses it every day. I promise I'm not exaggerating – we use it every day.”

“The first night the court was completed, our entire family had a blast playing tennis and basketball and we realized how much 'together time' we had been missing.”

“My ability to continue to play through the joint pain, after so many years on concrete, was reaching the point of no return. Sport Court® gave me a second chance; and I am able even now at 65 to play two hours with no problems of any kind.”

“I am writing to tell you how much our Sport Court® has meant to my family over the 14 years that we have had it. I have two boys, who early on used the Sport Court® to learn to ride tricycles and bikes because we live on a steep hill and this provided the only flat surface. They learned to hit the baseball off a tee and to catch. Eventually they learned to shoot baskets. They each have been excellent three-point shooters attributable solely to many hours they spent on the court.”

“It's become an even bigger bonus now, with eight grandchildren, than it was with four children.”

“You originally constructed my Sport Court® in 1980 when my daughter was in middle school and my son was a freshman in high school. I feel that this contributed to their success in athletics in high school. My son played football and my daughter played several sports but she excelled in basketball she was selected to the All-District First Team.”

“Dear Mark, It is almost 18 years ago that you built our court. Well, our kids are married but we have 4 grandkids. The grandkids have now taken over the court; it is neat to see them play so hard like our kids did. The investment of the Sport Court® game court is one of my best!!! There has been almost no maintenance in 18 years. The pool that we installed at the same time, the maintenance cost for that has been thousands of dollars over the years. Also, the usage of the court is at least 5-1 over the pool.”

“Words cannot describe my gratitude. I can't believe what you did for me. I told John the entire story with (competitor) and how mad I was. Then I told him how awesome you were and how you came through with the Hockey equipment for his party. I wish I were working with you on this project but I know we will work together in the future. I can't wait to tell (competitor) all of my feelings. Thanks for being there today!”